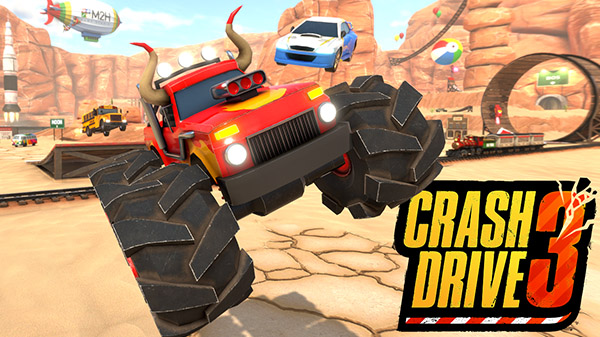 Developer and publisher M2H has announced Crash Drive 3 for PlayStation 5, Xbox Series, PlayStation 4, Xbox One, Switch, PC (Steam, Epic Games Store), iOS, and Android. Also, the game will launch on July 8 for $19.99 / £14.99 / €16.99. Finally, you can watch the Crash Drive 3 new announcement trailer from the player below.

Here is an overview of the game, via its store pages:

Finally, you can watch the Crash Drive 3 new announcement trailer from the player below.