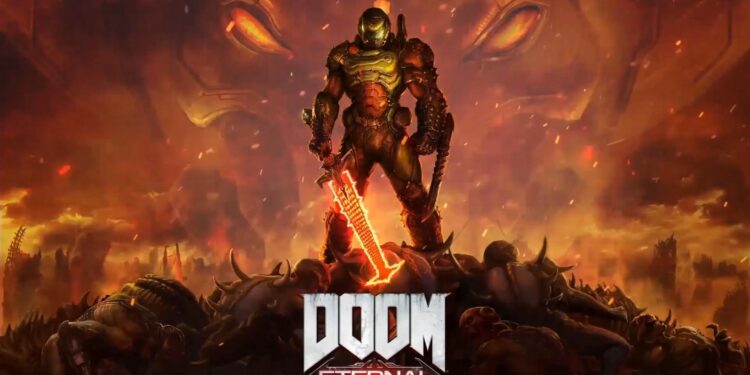 DOOM Eternal RTX Support Might be on the Way

Bethesda will show the game on the Computex event.

DOOM Eternal RTX support might be on the way. Bethesda announced that they will show DOOM Eternal at NVIDIA’s Computex event.

DOOM Eternal RTX version may be announced on Computex

While the game already had great graphics and optimisation, it will be really nice to see DOOM Eternal RTX and DLSS support at the event. While it is not confirmed by any officials, the event actually indicates it. Thus, many fans of the game already speculate that RTX support is on the way. As I started playing DOOM Eternal for the first time recently, it would be some exciting news for me.

Upon release, DOOM Eternal received critical acclaim, with praise for its campaign, graphics, level design, soundtrack and combat mechanics, though some disliked the increased focus on storytelling and its platforming sections. DOOM Eternal received five nominations at The Game Awards for 2020, including Game of the Year and Best Action Game. There are also two DLC’s expanding the story called The Ancient Gods Part 1 and 2.