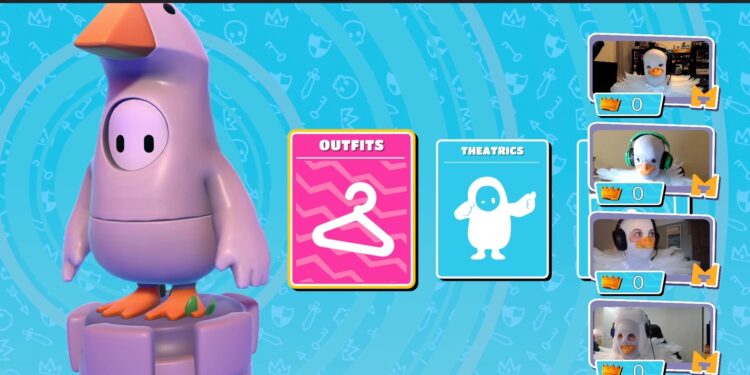 Untitled Goose Game costume will be available in Fall Guys.

Fall Guys has partnered with plenty of indie games already, but no collaboration will be as good than Untitled Goose Game. Developer Mediatonic revealed Fall Guys’ new Untitled Goose Game Costume during a stream on Twitch on Tuesday, explaining that the new cosmetic addition will arrive this Friday, Nov. 13.

The goose costume will be available in two pieces. You can run around as a half goose if you truly desire. The skin will likely follow the trend of 5 crowns a piece. So, if you want to get the full costume, you need 10 crowns to purchase. The outfit will hit the Fall Guys cosmetic store on Friday, November 13. Although featured costumes only stick around for 48 hours. So start saving your crowns now for Fall Guys Untitled Goose Game costume.

They’ll have the chance to do just that starting this Friday (November 13th). The costume variety is already pretty great in Fall Guys. Players can dress up their bean however they please and that has been a huge element of this party game. It emphasises personalisation and makes it much easier to distinguish your bean from the rest of your competition. Also worth noting in Fall Guys is the mid-season update. It’s adding a fan-made level, other costumes, and some general improvements.