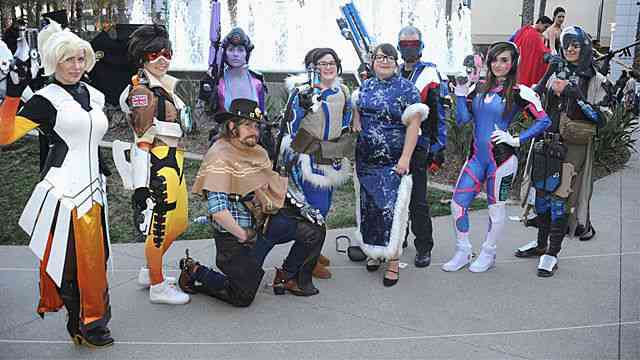 The world needs more cosplay heroes, and we’re excited to find out who comes out on top in the very first Overwatch Cosplay Battle. More than a competition, this cosplay clash of countries is a celebration of creativity, craftsmanship, and national pride. Teams of top cosplayers from different European nations will bring Overwatch heroes to life by creating amazing costumes based on the community’s votes.

A total of six teams of three cosplayers from the United Kingdom, Germany, France, Spain, Italy, and Russia will showcase their skills by creating one costume each over the course of three months. The community can help choose which cosplays the teams create by voting for their favorite projects on social media, and then stay involved by following their progress online.

Once the six costumes are completed, an official jury—made up of Blizzard artists Renaud Galand and Rachel Day, as well professionals cosplayers Sosenka and Kamui—will select a Grand Prize winner based on accuracy, craftmanship, and originality. The community will also be able to cast their votes once again to choose the Community Favorite.

Voting for the teams’ cosplay projects is now open, and the results will be revealed on November 26. Visit www.cosplaybattle.playoverwatch.com to find out more about the competition, the teams, the judges, and how to vote.