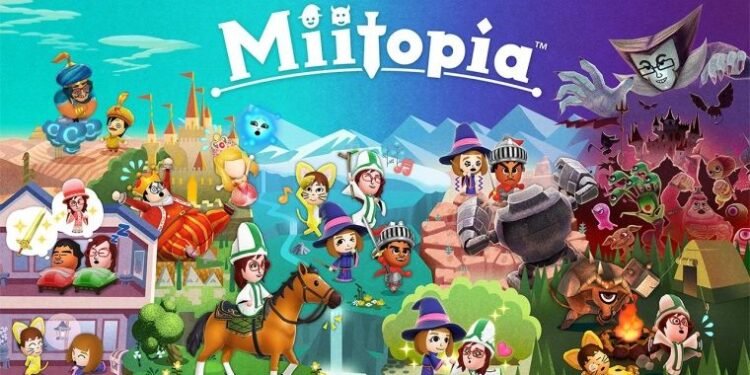 Miitopia, where we created our own Mii character and embarked on a different adventure, was released exclusively for the Nintendo Switch platform.

Miitopia, announced by Nintendo in the past months, was released exclusively for the Nintendo Switch platform. The game, in which we embarked on a different adventure with our Mii character, stands out with its party features. Nintendo’s statement about the release of the game is as follows;

When Miitopia launches on Nintendo Switch, gamers can go on a wild and wacky adventure. Journey through a vast world where you fight enemies on a mission to rescue faces stolen by the evil Dark Lord. Players can create and recruit anyone in the lead roles, from the brave party on the expedition to the big villain, the Dark Lord himself.

After defeating the fearsome enemies, it’s important to rest at the inn and nurture the bonds between the Mii characters. If party members are brought together, their friendship will flourish. Mii characters can be sent on trips to the cafe, the movies, and more. No two friendships will ever be the same! Expect funny interactions, random changes, and unexpected situations that will make the adventure unique.

The party ends with a trusted horse friend. Players are rewarded with their loyalty if they spend time with their new friends. The horse will stretch out a helping hoof in battle and will always stand by them. Mii characters can be created and added to the game through the Nintendo Switch Mii creator – it’s also possible to create a colorful cast from friends. In Miitopia, players now have more customization options to make Mii characters look more gorgeous than ever with glamorous wigs, colorful hairstyles, and battle-ready make-up.

A free Miitopia demo is available for anyone who wants to experience this comedy-filled fantasy adventure. It is possible to transfer the recorded data from the demo to the full version of the game, so players can continue their adventures without any problems.