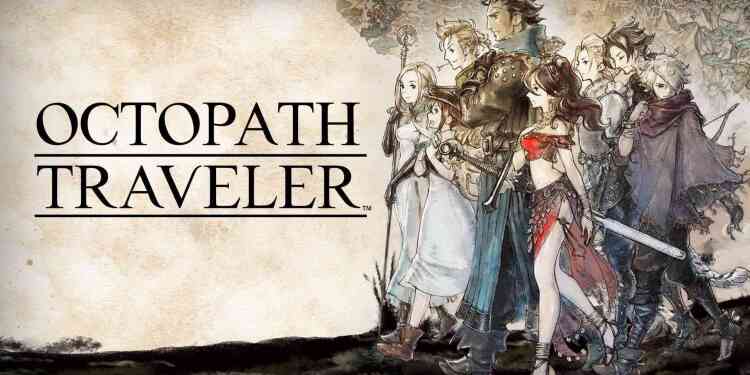 The well acclaimed JRPG has finally come to PC!

After almost a full year after it’s release on the Nintendo Switch, Octopath Traveler has released on PC a few weeks ago. As someone who doesn’t own a Switch but wanted to play this game greatly, l will be sharing my feelings on the game after about ten hours of progress.

Octopath Traveler is a game where, as the name suggests, you can take eight different paths. This is done by eight different characters you can start the game with, each with unique abilities and stories. So far I’ve seen four of them and one of my only two complaints are birthed from how the characters meet and join up. While progressing through character stories, the game is entirely focused on whichever character that you are currently doing the story of, resulting in the grouping of characters being very out of place and unnecessary, even senseless. You walk up to a character, ask them to join you, the beginning cutscene of their story rolls in and then they join you without you or any other character appearing in the actual scenes. This trend continues throughout their story as only they appear in their stories’ cutscenes, making you wonder why the rest of the characters are even there. For me, this was most apparent with the thief as he was near the village l started out in as the hunter. His character page claims he usually works alone, followed by him breaking into an extremely well guarded mansion in his story and out of nowhere, the hunter being with him as we explore the mansion which is a dungeon. How did she get there? How did he allow her to be with him after his profile claimed he usually works alone? I don’t know because the game didn’t tell me, nor did it make an effort to. The game is so focused on a specific character’s story that the ones not of their story simply just spawn in with them, having no sort of interactions outside of battling. After you complete a character’s initial story, they say some sort of one liner and join your party permanently, having no other function but be a puppet in battles, only becoming important again once you get to their next chapter. I haven’t reached the second chapter of any of the travelers yet but l can tell this will be the case.  I severely dislike how hollow everyone is outside of their own stories and sincerely hope that this might change when all eight of them are tgether.

Besides this however, the storytelling of each character is magnificent and l only have one problem with it which is my second and last, although minor complaint. The lack of voice acting in scenes that need it. I wouldn’t even list this as a complaint if the game didn’t have any voice acting at all but it does. However, what’s voiced and not just feels so random in addition to some scenes that definitely need it just not having it. Again, it’s no biggie but it still takes the impact out of some scenes.

Now onto the positives of the game and oh boy does it have a lot. I’ll start out with what got pretty much everyone interested in it: The visuals. The visuals of this game are simply breathtaking. The lighting, shading, art style despite looking old all go so well together to create a feast for the eyes. Battle animations are satisfying, enemy models look unique and well animated plus a personal favorite of mine, entering and exiting houses as the scene shifts is done so perfectly. I could stare at the game for hours without getting tired one bit.

Next up is the combat. I am a bit mixed, although mostly positive about how combat works. It’s traditional, turn based combat with flavors of it’s own. In summary, all enemies have weaknesses that you have to scope out in order to defeat them. This can range from different weapon types to different elements of magic. It’s not as simple as you just hit a weak point and they die like most games with a weakness system however. In this game, all enemies have a numbered shield mechanic that’s reduced by one each time you damage their weakness. Say if an enemy has five shield points, you hit one of their weaknesses five times and they’ll lose the shield. What shield does is simply reduce damage drastically and once it’s broken, the enemy is stunned for one turn and will now take major damage, regaining the shield once they can get a turn. Due to this, combat takes a lot longer than most games of this genre even outside of boss battles. I was very surprised to see the first enemies that l fought not die in two to three hits but enough to break their guard and even a few hits after that. While l did have powerful skills, SP runs out extremely fast in this game if you spam it. The same surprise went for their damage too. Whereas other starter enemies would deal lauhable damage to me in other games, these enemies actually packed quite the punch. The combat only started to get easier after acquiring multiple party members to scope out their weaknesses easily and faster. In short, enemies are bulky and they hit decently hard, being surprisingly difficult very early on. This resulted in even filler battles taking a very long time that does at times get tedious but is overall a very fun system. Another thing to note is that battles happen randomly while traversing through the world and dungeons, adding to the annoyance but keeping you sufficiently powerful as otherwise, the game would easily stomp you.

I also adore class identity in this game. Eight characters equal eight classes and as you acquire more to your team, the more you can interact with the world around you. They bring new abilities to combat of course, but that’s nothing new. What’s really wonderful is how much more the world feels expansive and worth coming back to as you acquire more classes. What l mean by interacting with the world is that they all have specific abilities they can activate to get different results from every NPC you can talk with. So far, l have the hunter who was my starter, the thief, the apothecary and the dancer on my team. The hunter is able to provoke NPCs to do battle with her, the thief can steal items from them, the apothecary can inquire them to gain various information about themselves and some tips or perks around town and the dancer can allure them to join you on your travels, serving as temporary combat allies. While these abilities are able to fail and drop your reputation in town, l am yet to see what it affects due to cheating by saving right before using the abilities to be safe and reloading my save if l failed. My guess is that the prices of the shops will increase and the NPCs will have hostile dialogue towards you. Due to class identity being so apparent, it makes you very excited to acquire new characters as much as possible to see what they will be able to do with or to the people you meet, creating an expansive world where you want to go back to past towns or other areas with new characters to try out their abilities. I cannot wait to see what the remaining four l don’t have yet are capable of.

The final thing l love is the music in this game. Music is an important factor forme in enjoying JRPGs and this game is heavenly to one’s ears. Every piece of music I’ve heard so far fit with whatever atmosphere it was composed to play in. It was delivered perfectly with the story scenes, type of towns and fit the type of combat the game provides.

In conclusion, while l do think that the game has a glaring fault about how teaming up in the story works along with my personal problems about the voice acting, everything else about this game feels absolutely wonderful. It’s also original and that’s something very hard to come by these days. Both the combat and the NPC interaction gives me something l haven’t ever felt in a game before, at least not to this scale. In my opinion, according to what I’ve seen in these first ten hours, this game is definitely worth getting and l can’t wait to see what else it has in store.