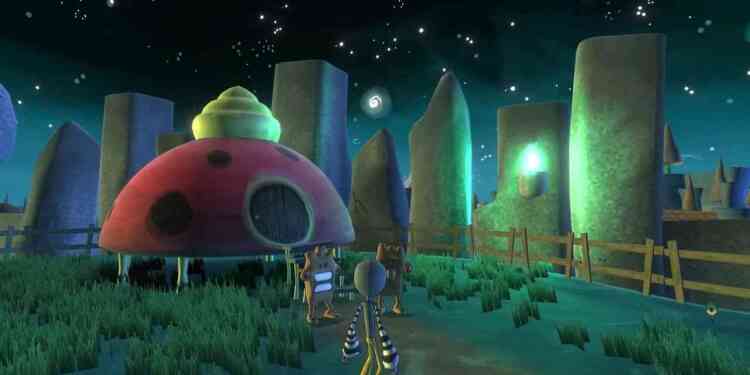 Both Onirike and DevilishGames are revolving around a dream, in the case of the studio, a dream from many years ago.

Onirike is the name of the new project made by the veteran studio from Alicante, today they’re sharing for the first time images and a trailer to show us touches about plot, aesthetics and even mechanics. Onirike is their new step in their road to experimental and mindful indie games, following the award-winning Path to Mnemosyne.

We can confirm this way DevilishGames (Spherical Pixel S.L.), a studio which has been developing games for over 20 years, will continue pushing own ideas based in powerful necessary messages with a social touch. “Even if #Onirike was born in April 2018, its seed is older than that, exactly from 2004, when I was still a student about to start working on my final project for the Art and Design School in Alcoy” says DevilishGames cofounder, David Ferriz.

We’re going to explore a 3D exotic open world as Prieto. We’ll have to work through puzzles and platform maps based on famous classic games mixed with new immersive mechanics such as invisibility. As Prieto, we wake up every night in a world full of little creatures different from us, will we be able to discover our own nature?

Onirike is being developed from success, as part of its backing comes from Red.es and grants by the European Regional Development Fund (ERDF) in the Multiregional Operational Program of Spain 2014-2020 (POPE). DevilishGames (Spherical Pixel S.L.) was beneficiary by this call pushing the video game industry by Red.es. Thanks to this opportunity the studio decided to dust off the idea they had in mind for many years, update it including fresher concepts and make Onirike come true.