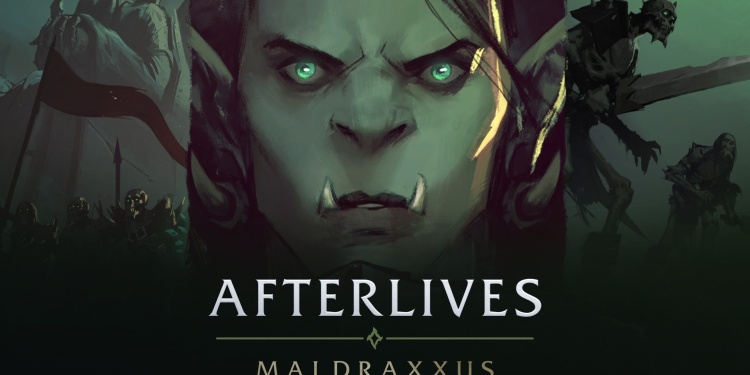 Blizzard published a new trailer for their animation series World of Warcraft Shadowlands: Afterlives. This new trailer focuses on the story of Draka.

Blizzard published a new trailer for their animation series World of Warcraft Shadowlands: Afterlives. This new trailer focuses on the story of Draka, a member of the Frostwolf Clan. WoW Afterlives new trailer is the second instalment in Blizzard’s new Afterlives series of animated shorts.

The second chapter for the Shadowlands Afterlives is on air. In the first trailer, we saw Uther the Lightbringer passing into the afterlife. This new second trailer is a bit different. In this trailer, we will witness the clash between the five great houses of Maldraxxus. The common point of all the houses is, they all want to control the armies of the Shadowlands.

Prepare to Delve into Maldraxxus with WoW Afterlives New Trailer

Afterlives is a four-episode animated shorts for the World of Warcraft: Shadowlands. Each episode focuses on one of the four clans that want rule over the zones of the Shadowlands. The first episode of the series aired in Gamescom’s Opening Night Live, August 27. The second one revealed on September 3. And we have two more episodes coming. And the release dates for the new episodes planned to be on September 10, and September 17.

“Draka, orc of the Frostwolf Clan, was not a warrior born, but a warrior made. In the fires of battle that forge the armies of the Maldraxxus, Draka must learn that nothing and no one—not even she—is what they seem.”