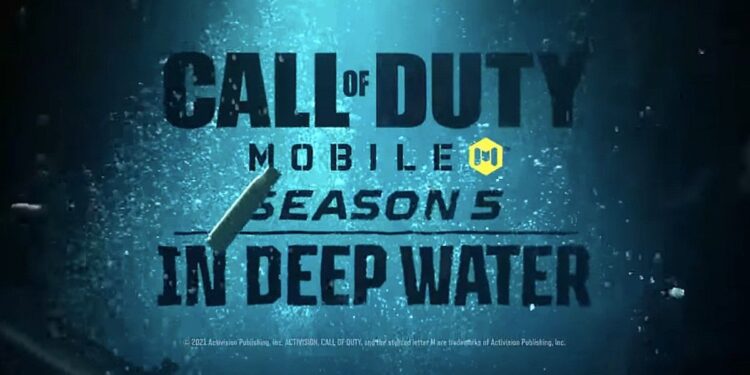 Call of Duty Mobile, one of the popular productions of the mobile game world, will meet the players with its 5th season next week. Statements made from the CoD Mobile Twitter account revealed the curiosity about Call of Duty Mobile Season 5.

Launched in partnership with Activision-Tencent after PUBG Mobile has become one of the most popular mobile games in the world, Call of Duty Mobile is getting ready to meet gamers with its 5th season. Call of Duty Mobile Season 5 will offer players new maps, weapons, events, and much more in the new season.

Call of Duty Mobile Season 5 has been dubbed ‘In Deep Water’. The update will be released on June 29 and the new season will start on the same day. Although there is no official statement on this subject yet, we may see a special mode on underwater battles in the new season.

In Call of Duty Mobile season 5, players will have the chance to play with the CR-56 AMAX assault rifle and the 725 double-barreled shotgun as two new weapons. While the CR-56 AMAX is the perfect medium range weapon, the 725 is an annoyingly effective weapon, especially at close range.

Along with the 5th season of Call of Duty Mobile, Docks, Suldar Harbor and Aniyah Incirsion map will be added to the game. As we understand from the design and dimensions of the Docks, more special game modes will be played on this map. Docks is a map quite well known to CoD: Modern Warfare (2019) players. In the meantime, let’s say that a new operator called Legendary Ghost will be added to the game.

A new #CODMobile season is releasing early next week and we are thrilled to announce that it is called Season 5: In Deep Water! Dive into this new naval themed season soon and get ready for new content and info to be revealed every day until release.

Download now and get ready for Season 5! Play for free on iOS or Android – https://bit.ly/2o6xmD7