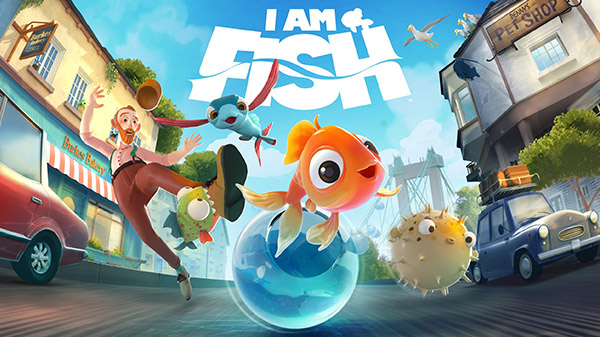 Here is an overview of the game, via Curve Digital:

I Am Fish is a charming adventure starring four intrepid fish friends, forcibly separated from their home in a pet shop fish tank. Throughout the game, players will join them as they swim, fly, roll, and chomp their way to the open ocean from the far-flung corners of Barnardshire (the smallest county in England) in their bid for freedom and to reunite once again.

The game features four playable fish: a Goldfish, Pufferfish, Flying Fish, and Piranha each with their own unique personality, abilities, and aquatic adventuring styles. Today’s trailer shows just how deeply these plucky explorers can think outside the bowl on their journey to fishy freedom. Fans of charming, daresay…wholesome…fun will be challenged to bring the four piscine pet shop pals back together through hilarious physics-based challenges!

Whilst sleepy Barnardshire is an idyllic coastal hideaway, it isn’t without its dangers! Our four fin-tastic friends will have to navigate threats such as crossing roads, traversing rooftops, dodging deep fat fryers and avoiding hungry wildlife, making e-fish-ient use of jars, wheeled mop buckets, and more to reach the final goal— the deep, vast ocean!