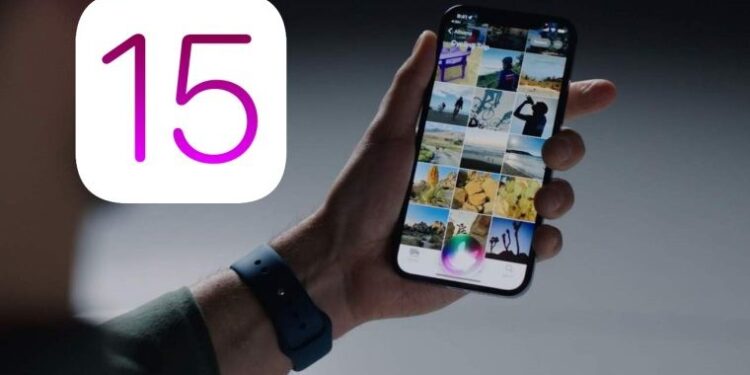 Along with the WWDC 2021 presentation is held in the evening, Apple also made many announcements other than iOS 15. As every year, Apple has made many new announcements, especially iOS 15, at the developers’ conference (WWDC 2021). Apart from the changes made in the interface of iPhone models, the company also talked about iPad OS, MAC OS, and Watch OS innovations, and also touched on innovations on the privacy side. In this article, we wanted to give a short summary of all these announcements made in the evening.

The Apple WWDC 2021 presentation actually opened with some ideas from the developers. We can also say that Apple asked the ideas of the developers for the presentation and allowed their ideas to come to life. After the very colorful opening sequences, of course, Tim Cook took the stage. We have to admit that this scene with Emojis instead of the audience looks pretty cool.

For the iOS 15 presentation, of course, Craig Federighi took the stage. After giving a brief summary of what is expected from the iOS 15 system, Craig focused on the innovations to be presented. The first innovation made on this side was in the FaceTime application. It is stated that thanks to the Spatial Audio feature to be used in FaceTime, all speakers will now be as if they are talking in the same room.

Also, it was stated that thanks to the new sound system, background noises will now be detected and a clearer voiceover will be offered. So if a vacuum cleaner is running in the background, the program will automatically start cutting it. We can think of it like the denoiser effect.

On the video side, portrait mode is now activated with iOS 15. In other words, we will now be able to blur the background in video calls. Thanks to FaceTime Links, an integrated work with other programs will be provided during the conversation. For example, even if you have an Android or Windows phone, you will be able to participate in FaceTime conversations over the browser.

The SharePlay feature will offer features such as listening to music together, watching movies, or sharing your screen. For example, when you open something on Apple Music or Apple TV, you will be able to share it with others in the search with iOS 15. In this regard, cooperation with other applications will also be offered. Cooperation for this application was made with companies such as Diney+, Hulu, HBO Max, and Twitch.

In the message section, some collage additions were made in the photo-sharing. Design changes draw attention both on the sharing side and in the submissions such as links. The Shared With You feature, on the other hand, will make it easier for you to share pages, images, or Apple Music content with your friends, just like FaceTime sharing with iOS 15.

We will be able to access a system similar to the scanning feature we used to do from the files section much more easily. In other words, when you take a picture of a whiteboard or file, the phone’s camera will automatically detect it and display it as a scan. Or you took a picture of the phone number on a shop. You will be able to directly click on the number on the picture and call that phone with iOS 15.

Photo features on iOS 15 are getting a nicer look. Thanks to the For You tab, your photos will be grouped by location or people. For example, when you go on a vacation, the photos there will appear in a different tab here. You will also have the opportunity to add music to these special albums via Apple Music and create your own clips. The system will be able to suggest you music based on photos.

In this section, we see that many innovations have been made in both the payments and key sections. For example, when you add your hotel key to your wallet and approach your room, your door will open automatically with iOS 15. The same will be true for your home and car. You will be able to add all these keys to your wallet. Likewise, you will have the opportunity to add your ID to your Apple Wallet.

The weather app gets a new interface with iOS 15. Apart from animated backgrounds, we will be able to access much more information on a single screen. You will also be able to see the weather on the map.

The new map application, which was put into practice two years ago, will also be active in new countries such as Ireland this year with iOS 15. We see that a much more detailed view is presented in the map section. Apart from the iconic areas, we see that the day-night cycle is also reflected in this new look. In addition, a much more detailed and clear visualization is presented in the navigation section. For example, where there are too many intersections or overpasses, or underpasses, the map will automatically switch to 3D mode and prevent you from milking the wrong way.

Thanks to augmented reality, you will be able to scan your location while on foot and show you the way you need to go.

New features are being added to the AirPods headset with iOS 15. Now, thanks to the Conversation boost mode, the conversations of the person in front of you can be heard much more clearly with the help of headphones, even if you have headphones in your ear. On the Siri side, it is stated that much more communication and cooperation will be used with the headset.

Thanks to the Find My Network application, you will be able to locate your AirPods and AirPods Max headphones. So even if you lose, they will appear on the map and you will be able to pinpoint their exact location when you approach. AirPods Pro and Max models also come with TV OS support.

On the iPad OS side, the major changes made on Widgets were mentioned first. In this section, where it is much easier to add widgets, we see that the range of widgets has been greatly improved. Much more customization is offered in the widget section. We also see that the application library feature, which came to phones last year, has now been added to iPad models on the far right page.

In the multitasking part, the interface changes draw our attention again. Thanks to the SplitView feature, we have been able to use different applications more comfortably. In addition, applications such as mail will be reduced and a faster operation will be achieved in the use of multiple programs. In the Notes application, which has added features such as Mantion, innovations such as adding tags have also been added.

In the translation section, new language support is offered. In this section, you also have the chance to practice with the notes you will take. In other words, when you write a kanji letter with a pen, the translation program will detect it and automatically translate it into that letter. The Swift Playgrounds feature, on the other hand, aims to provide code training to users in a fun way. This application, which will allow us to write applications for iPhone and iPad, will also provide convenience with its options.

Significant changes have been introduced in the privacy section. For example, when you use mail, information such as your IP address and location are automatically recorded. Now, thanks to a new setting, you can turn off this situation and prevent applications such as mail and safari from recording these statistics. It will also be possible to reach a section where all these statistics are reported in the App Privacy Report section in the Settings section with iOS 15.

Thanks to the Account Recovery feature on the iCloud side, when you add the people you trust to your account, even if you forget your password or information, you will be able to reach them very quickly thanks to these people you added.

In the last parts of the presentation, MacOS Monterey operating system was included. The biggest innovation in this regard is undoubtedly the Universal Control feature. Now, when you bring your devices such as Mac, iPad, and MacBook side by side, you will be able to control these three devices at the same time. In other words, you will be able to access features such as controlling three devices with a single mouse and sharing files between them, just like multi-monitor support. I have to say that this is my favorite feature in the new operating system.

Along with the new system, the AirPlay feature is also coming to macOS. Apart from this system where we can transfer files and images wirelessly, we will now be able to access the applications we use very often with the ShortCuts feature much faster. Along with the Tab innovations in the Safari browser, all of the Note and Focus features we mentioned earlier will also be available in the new macOS operating system.